The leader of the Plymouth Brethren, Bruce Hales, has four sons, Gareth, Dean, Gregory & Charles. One of the obvious stand out features of our research, is their links to some of the £3 billion+ of covid contracts won by members of the sect across the globe since the start of the pandemic. In this article we show just how those links work.

The companies where the sons are either shareholders, directors or have links are as follows: Unispace, Sante Global, Sterilab Services, Core Supply Group, Coulmed Products, Westlab, 2San, Medco Solutions, Klondike Lubricants, Inivos. In total these 10 companies were awarded covid contracts worth over £2,500,000,000 (£2.5 billion!) across the UK, US, Australia, Netherlands & Canada.

The Hales family link to Unispace through Gareth & Charles being the main shareholders. They sold Unispace after the contracts were won and it appears that the contracts then switched to Sante Global. Gareth & Charles are the main shareholders in Sante Global. Sterilab Services contract for £272 million on the UK Govt Contract finder website, lists Sante Global LLP as the supplier. Core Supply Group is owned by Lincoln Clarkson and they share the Ox Tools premises in the Netherlands. Employees show on linkedIn that have worked for both Ox Tools & Core Supply. Ox Tools main shareholder is Dean Hales. The Sante Global website also uses the Core Supply contract as showcasing their success. The Coulmed Products contract is again highlighted by Sante Global as a Sante success story on their website. Westlab is owned by the Grace family but again we have evidence of them working in close conjunction with Sante Global. The 2san major shareholder in Australia is Dean Hales. Klondike Lubricants operate from the same premises as 2san in Canada. Medco Solutions PTY Ltd & Medco Solutions LLC both show Dean Hales as the main shareholder. We didn't want to leave Greg Hales out, so we did a bit of digging and found a link to Inivos, Inivos under their previous company name, received a trademark on their Deprox brand in the UK. Strangely enough there is also a trademark for Deprox in Australia which is registered to Greg Hales.

In summary there were ten different companies listed above who were awarded contracts, all with major links to Dean, Charles & Gareth Hales. We have tracked Plymouth Brethren church members across the globe, whose companies were awarded over £3 billion in Covid contracts, many prospered from these contracts, however over 85% of the total value of the contracts globally, were closely linked to the church leader Bruce Hales sons!
1) Unispace Global Ltd accounts show that the Ultimate parent company was Unispace Global PTY Ltd. Confirmation of the sale of Unispace and the owners. 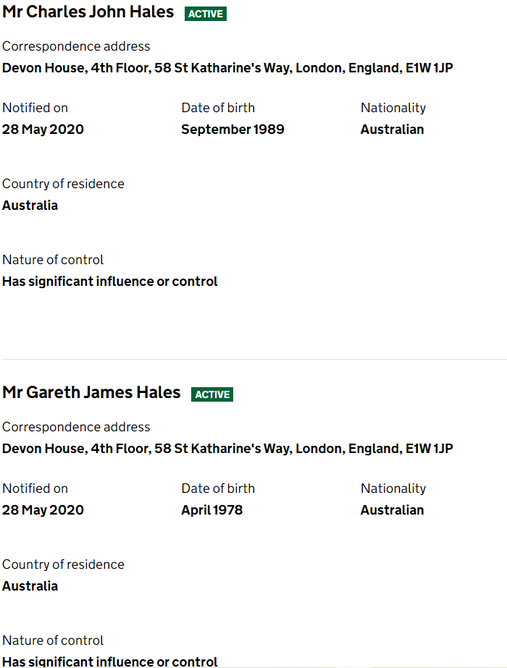 3) Sterilab Services contract to supply Lateral Flow Test/Rapid Antigen tests to the UK govt, shows the link to Sante Global. We still find this unusual as this does not appear in the register of contracts on the UK govt website.

4) Core Supply Group contract. The Sante Global website showcases this contract as one of their success stories. We can show Lincoln Clarkson as a director of Ox Tools Netherlands. Ox Tools Global CEO is Dean Hales. We have also included a picture of the premises that both Ox Tools & Core Supply Group operate from in the Netherlands, Oud Camp 22, Maasland, 3155DL. Ox Group Netherlands BV changed their company name to Core Supply Group. 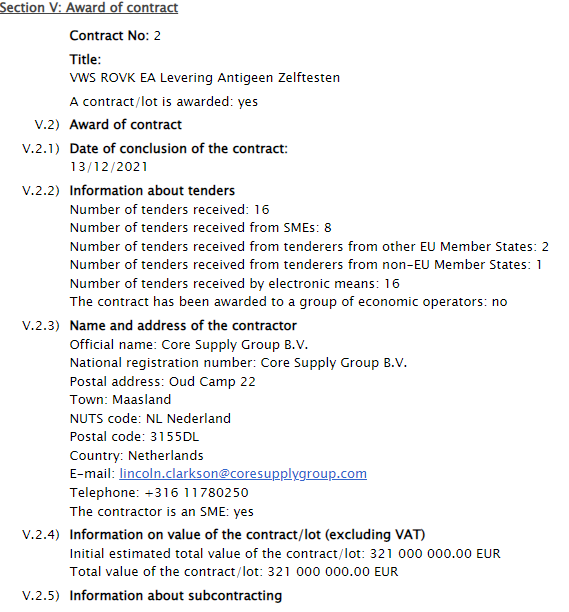 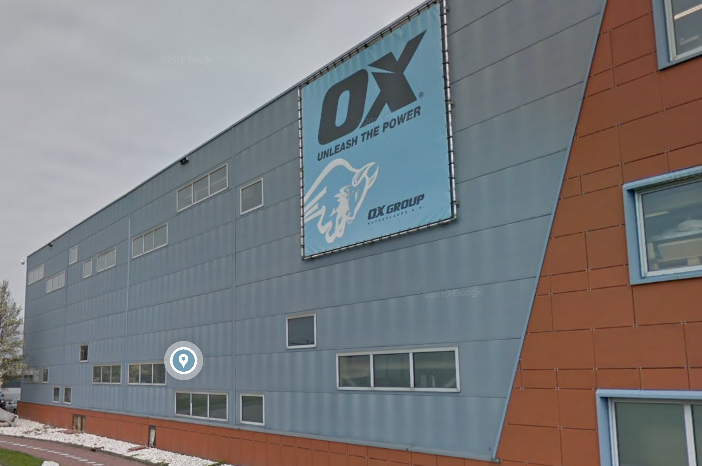 5) Coulmed Products are showcased as a success by Sante Global on their website. The managing director of Coulmed is Mike Macdougall. Mike's brother Rob Macdougall according to his linkedin is also a director of one of Dean Hales companies 2San.

6) Westlab owned by the Grace family in Australia. A recent linkedin shows them working in collaboration with Sante Global. 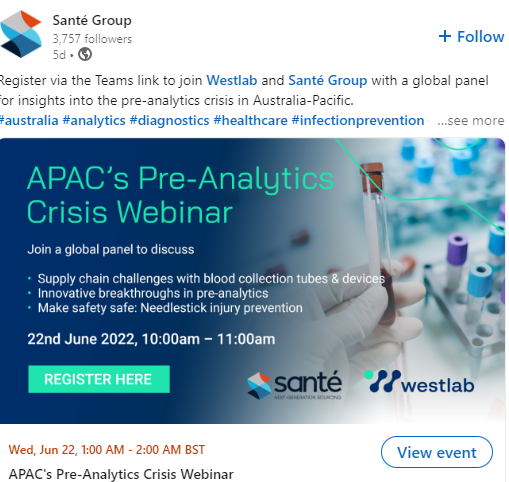 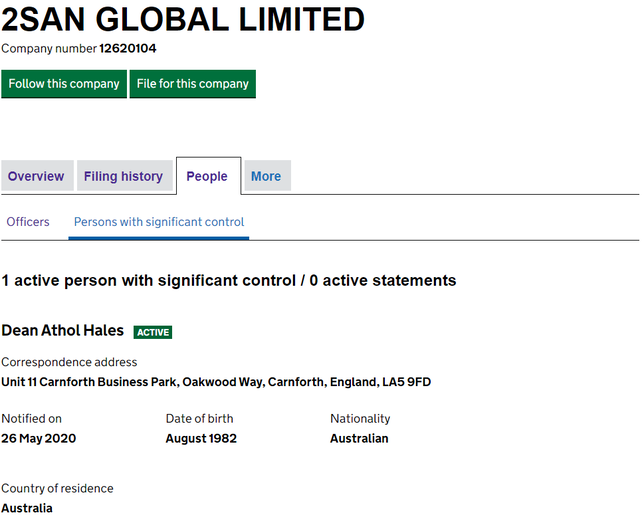 8) Medco Solutions, both the Australian & USA companies are controlled by Dean Hales. He is also listed alongside the UK directors of Medco Solutions in a company called Meraki Global Investments. 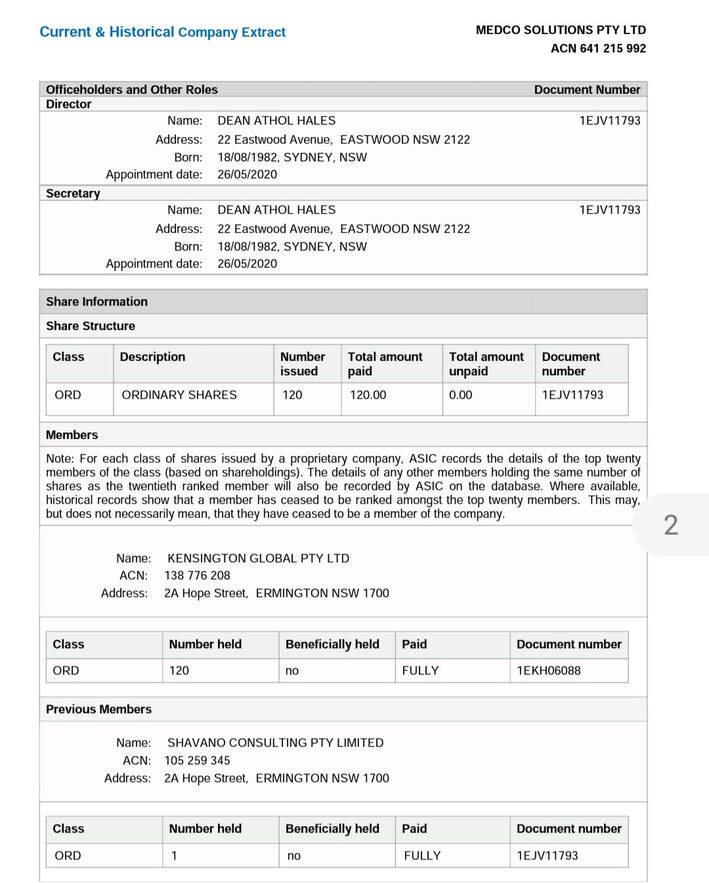 9) Klondike Lubricants is owned by Brad Mitchell, who worked at Ox Tools, the company owned by Dean Hales. Hales also owns Orvato Healthcare. The address is the same in Canada for Klondike Lubricants, Orvato, Ox Tools & previously 2san. It is worth noting that 2san appear to have changed many if not all of their global address in the last few weeks. 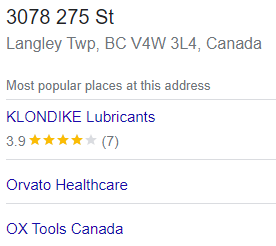 10) Inivos owned by the Fentiman's in the UK, one of their "some might say somewhat controversial" products was Deprox for which they claimed a trademark, in Australia the trademark belongs to Greg Hales.