Trade together
Pray together
​Carnforth

Trade Together, Pray Together

In Carnforth, Lancashire, you can find a gated business park. There are 21 companies registered at this modern and impressive business park. There is also a Plymouth Brethren gospel hall, also known as a meeting room. This is very much the 21st century operation of the Bruce Hales led, Plymouth Brethren Christian Church. A place where the members of this exclusive sect can trade together and pray together.

The 21 companies that are registered on companies house at Oakwood Way, Carnforth Business Park in Lancashire, have links to covid contracts, awarded to the companies owned by the sons of "elect vessel" Bruce David Hales and to other sect member companies, through the directors and employees of the Carnforth registered companies.

The Carnforth site is situated adjacent to the M6, a modern fenced off business park, where you can see the businesses premises of Castle Industrial Supplies, Havwoods and Strongdor, also visible through the gate & fence is the gospel hall/meeting room. 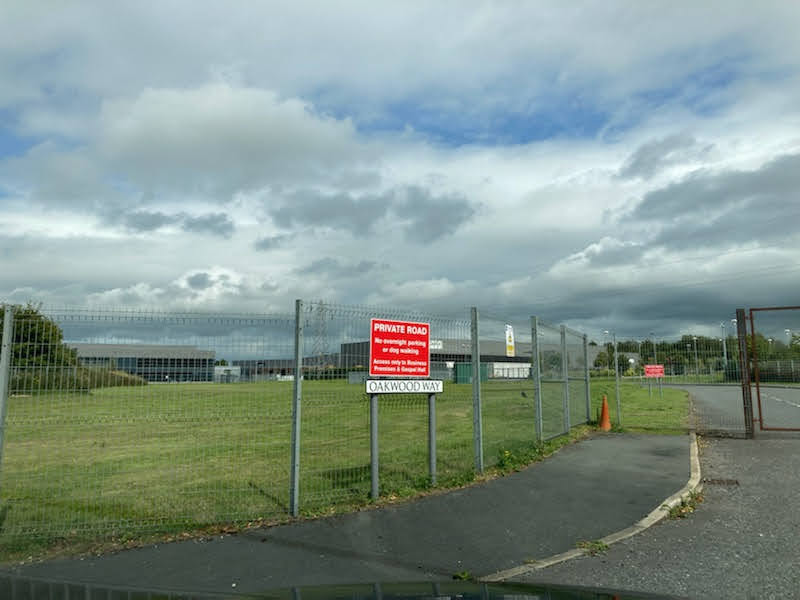 The 21 companies registered at Oakwood Way are as follows:-

This is Grant Shapps visiting Havwoods in 2014, along with local MP David Morris. 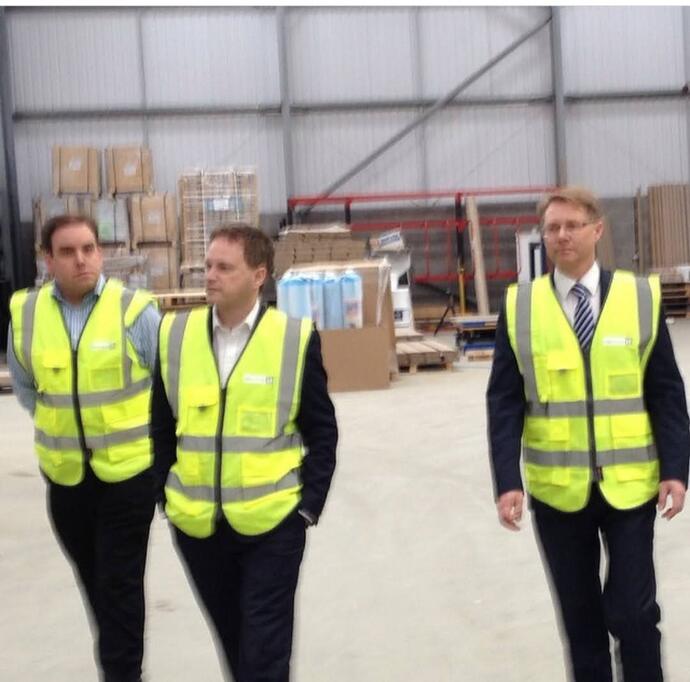 Castle Industrial Supplies are the only direct winner of a covid contract, supplying Warrington Council with PPE. Digging deeper though and we find significant links to other contracts.

One of the shareholder of Havwoods Global Holdings is none other than Sydney, Australia based Dean Hales, son of church leader Bruce Hales. The Dean Hales empire includes many companies such as, Medco Solutions in Australia & the US. Medco Solutions were awarded contract with a value of over £1 billion in the UK! Dean is also a shareholder in 2SAN, who won a contract in Australia to supply RAT's/LFT's. He is also the brother of Charles & Gareth Hales, two more sons of church leader Bruce. Charles & Gareth were the owners at the time that Unispace was awarded contracts worth £673 million by the DHSC in the UK. They are also the owners of Sante Global, which was awarded a further contract of £273 million by the DHSC in the UK. Also being awarded a contract for a further £273 million by the Dutch government. Following on from the covid contracts, 2SAN have been included in a framework agreement in the UK. 2SAN Global earlier in 2022, appointed four of the senior leaders of the UK's infamous Test & Trace team.

2SAN employee Rory Glass is the nephew of Kenny McMullan of Creative Activity Group, the £17 million winners of PPE contracts in Northern Ireland

Strongdor director Timothy Devenish is the nephew of Julian Bushnell of Selkent Medical, Selkent a fastening company, were awarded a £610,000 contract for PPE by Hampshire Council. They also share their business premises with Ox Tools, another Dean Hales company.

Havwoods finance director is Peter Bricknell, he is the uncle of Rolf Turner, Rolf's brother is Ben Turner. Ben is the father in law of Michelle Donelan MP. One of his companies, Toffeln, was awarded a £4 million contract to supply PPE to the DHSC in the UK very early in to the pandemic.

One oddity we came across in our research. Strongdor Sales Director, Terry James, who happens to be the brother in law of Simon Whiley and the son in law of Oliver Whiley, was formerly a director of his fathers business, Sterling GP in Stokesley near Middlesborough. Stokesley is in the constituency of one Rishi Sunak, Sunak can be seen pictured here in 2021 visiting the James family business.

The above story of the Carnforth & Lancaster based brethren, is just a sample of how the sect members are connected across both the UK & the globe. In the UK there are approx 16,000 members across 95 similar communities, trading together and praying together, whilst becoming more and more wealthy.