​
​The Plymouth Brethren Christian Church under the leadership of Bruce Hales, have consistently courted controversy on a political front across the globe. In the latest update we include the donations linked to the right wing in Canada through a great article by Emily Leedham.

In New Zealand with their support of the National Party, in Australia with their assistance to the Liberal Party, in the USA with donations to the Republican party, in the UK with their participation in elections and support for the Conservatives via the Young Britons Foundation. The support, backing and influence appears to be a contradiction to a belief that God decides the future. It is unusual for a church, where it members do not even vote based on this belief, that they would be actively encouraged to support political parties by Bruce Hales.

In the UK they were involved in the 2010 general election supporting the Conservative Party and its then leader David Cameron.

In 2010 the brethren raised £55,000 and donated to the Young Britons’ Foundation, the donation coming from the now aptly named Healthgear Contracts Ltd. This donation went towards 800,000 pamphlets and adverts in the Times & Sunday Times.
​The Young Britons’ foundation (YBF) was a Conservative not for profit, training, education, and research think tank. Portrayed to be a “tory madrasa” for teaching young conservatives the art of dark politics. In 2015 the YBF led a Conservative road trip across the UK to support the 2015 general election push, one commentator described the road trip as a place where you could get cheap food, cheap accommodation, free booze, all provided by tory donors. It was also a place where young Conservatives could sleep with older Conservatives to assist them up the ladder. High ranking "brexiteers" Daniel Hannan & Matthew Elliott were both involved with the YBF. The YBF were shrouded in controversy over a bullying scandal and no longer exist.

It was interesting to note that the Grace Trust made a small donation to another right wing think tank Legatum Institute in 2019, you would think that the brethren would avoid supporting think tanks.

Healthgear Contracts were based in the Bedford at the former address of a number of businesses ran by Rodney Dummer.  In September 2011 we can see the formation of ROC Group Contracts at the same address.​ 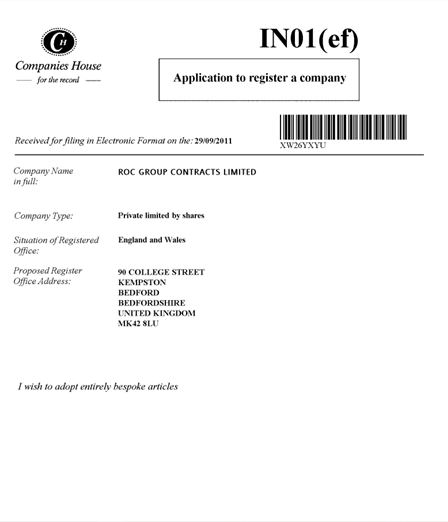 Rodney Dummer is a member of the Plymouth Brethren Christian Church and was the conduit for ensuring the donations raised by other brethren members were passed to the YBF, interestingly though the invoices were made out to Media Intelligence Partners and not the YBF.  Media Intelligence Partners led by Nick Wood, who maybe the person that the brethren liaised with during the run up to the election. Wood was formerly Press Secretary to William Hague & Iain Duncan Smith. Another link between Media Intelligence Partners was Christian May who was previously the director of operations for the Young Britons' Foundation. May also previously served the Conservative Party as Deputy National Chairman for Conservative Future.

In total YBF reported donations of nearly £135,000, as stated earlier this was spent on the 800,000 pamphlets and also on adverts in the Times & Sunday Times. The leaflets were aimed at trying to prevent a hung parliament.

A further interesting link on this story and very much in keeping with how brethren companies operate, is the printing of the leaflets. The printing was done by a company called DAS Group in Swansea. The company owned by the Brown family is another Brethren member ran business.

This story has been covered previously on another blog, though we do not believe they were aware of the Plymouth Brethren members connection.

The support and involvement of the Plymouth Brethren Christian Church with the Liberal Party in Australia is well documented. Michael Bachelard in his fantastic book (Behind the Exclusive Brethren), writes about private meeting with former Australian Prime Minister John Howard.

Similar to Australia some of the involvement of the Brethren in New Zealand elections and their support for Don Brash of the National Party are again well documented.

In the US there is an interesting story around a donation made to the GOP (Republican Party) in Florida at the start of the century.